The nearby town of Elkhorn is a very typical Midwestern county seat.  Stately old homes are spaced along tree-lined streets.  Driving through Elkhorn reminds one of the rural values that are at the very heart of Midwestern life.

The Elkhorn pen is a midsized writing instrument with a rounded top and an upper barrel that is slightly larger than the lower barrel.  The size shows off the barrel material nicely, but is smaller for a more petite hand.  This pen is available in a wide variety of platings that when coupled with a barrel material of your choice, can yield a pretty pen that is unique to you.

Some people find this style to be reminiscent of pens of European design. 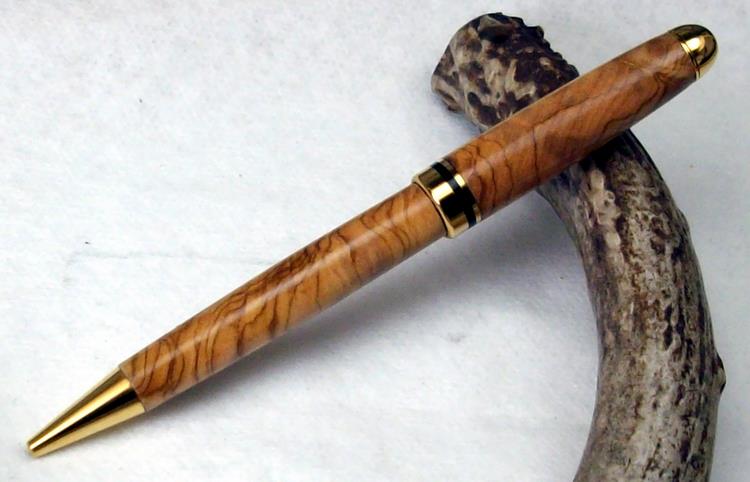 Included in this style are ...